A Model to Remember

Larry Bowers has been building model ships for decades, but his current project is extra-special to him because it's a tribute to his dad. Larry’s father served as a fireman for 21 years (including WWII) on the "Ralph J. Scott" also known as "Old Fire Boat No. 2." Put into service in 1925 at Long Beach, California the fire boat was retired in 2003. Because of its storied history, the fireboat is being preserved and Larry is donating his homage to his father to the Los Angeles Fire Department Historical Society where it will have a permanent home. 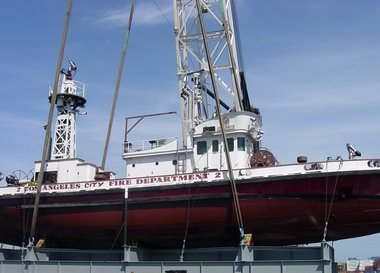 Photo Gallery: A Model to Remember