A final portion of the Nebraska’s historic State Capitol is finally finished. The original designer envisioned beautiful fountains in the center of the four courtyards. That concept was sidelined by the economic constraints of the Great Depression. In celebration of Nebraska’s 150th anniversary, and nearly a century after these original plans were created, the designer’s original vision is fulfilled. 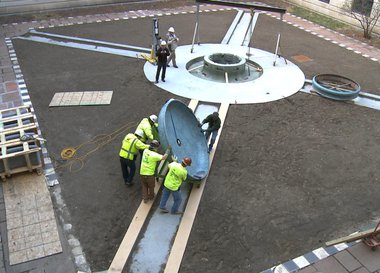