A world-class structure made of Indiana limestone and designed by American architect Betram Goodhue, the Nebraska State Capitol building tells Nebraska's history through magnificent works of art in mosaics, murals, and carvings. Construction began in 1922 and took a decade to build, but Goodhue never saw the his work completed as he died in 1924. Today, this national historic landmark attracts over 100,000 visitors annually and the 400-foot tower, inspired by Goodhue's travels across our state, can be seen from 20 miles away. 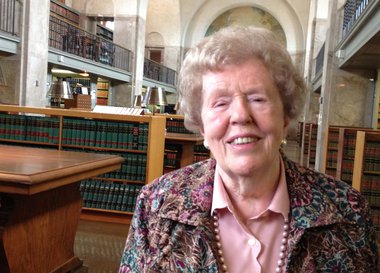