Before “Dear Old Nebraska U” and “Hail Varsity” there was another song synonymous with Big Red. Written in 1909 by Robert Stevens "Song of the Cornhuskers” surged in popularity when the Huskers played the 1941 Rosebowl. The fight song also became more widely known as “Come a Runnin’ Boys." Over the years it faded away until The Killigans, a popular punk folk band, recorded their new version. 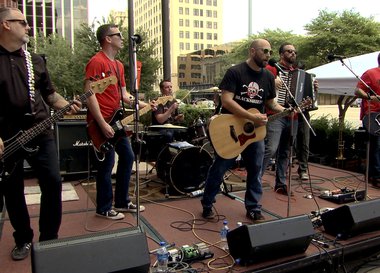