Lincoln’s Robber’s Cave has transformed from a famous hideaway into a modern craft brewery. As the craft brewing explosion hit Nebraska, three Lincoln police officers turned their love of homemade beer into a business. They opened Blue Blood Brewery and are using the cave as a storage site for their custom barrel aged brews and a tasting room, with a separate area in the caverns set aside for the caves original inhabitants, bats. 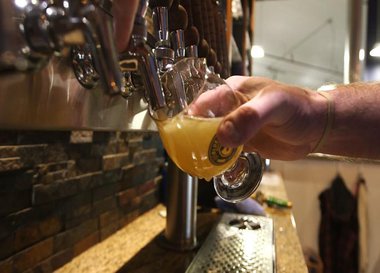