As a teenager, Bill Hedges was a projectionist at a local movie theater. When the theater closed, the longtime Lyons resident bought it and converted it into his personal film studio. The sci-fi buff built futuristic sets for all kinds of scenes, a veritable cosmic playground in which to shoot a sci-fi series co-starring his cat. 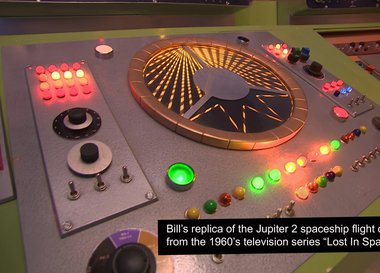