Paul “Jake” Jacobson is what you might call a self-starter. What began as a curiosity from your average Cornhusker fan about a classic husker football game turned into an all-consuming hobby to restore and build his own husker football broadcasts from old film reels and radio calls. In the process, this husker archaeologist has become an unofficial expert on husker archives and built friendships with some former football greats… all while creating something new out of some games he thinks no one should forget. 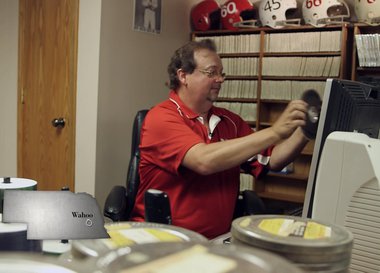