The Gold Star Kids Honor Flight brought together widows and children of military members from Nebraska killed in the War on Terror since September 11. The flight was modeled after previous honor flights for war veterans. As the families arrived at the Omaha airport, hundreds of people greeted them and hundreds more when the plane landed in Lincoln.  And when they were recognized during a Nebraska football game, Memorial Stadium roared with applause. 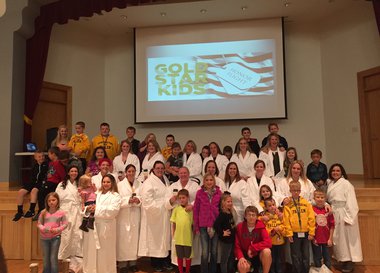