In the Key of Glass

At first glance, Philip Glass and Paul Barnes are a study in contrasts. The former is one of the most highly regarded and influential composers of the late 20th century, famous for his frequently understated and minimalistic music and personality. The latter has been described as a “ferociously virtuosic” pianist who is intensely expressive. Together, they’ve formed an unlikely friendship and creative collaboration born of a chance encounter and spanning more than 2 decades, culminating with the world premiere of Glass’s latest work featuring Barnes at the keys. We explore the music and the magic between these two world-class artists. 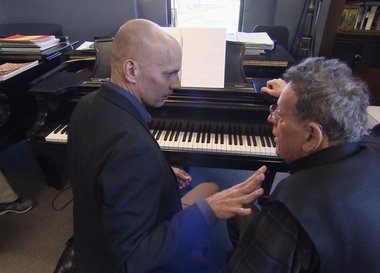 Photo Gallery: In the Key of Glass