Hector Anchondo picked up a guitar at the age of 16 and has never looked back, finding success on the music scene with his own rock band, Anchondo. While his fans wanted more of his signature Latin-infused rock, Hector felt a calling to play the blues. He packed up and moved to Chicago for a year, listening to nothing but the blues, and it changed his life. Starting over in a new genre, Hector has separated himself as a gifted guitarist and someone destined to heat up the blues charts. Council Bluffs-based Anchondo took home the top prize in the solo/duo category at the 2020 International Blues Challenge, representing the Omaha Blues Society. He also snagged a prestigious Memphis Cigar Box Guitar Award for best guitarist in the same category that year. For Anchondo, playing a great show is like having an intellectual conversation with the audience. In this profile, Anchondo also performs his popular blues original, "Let Loose Those Chains."

And check out this short to see how Anchondo is following in the footsteps of a blues legend. 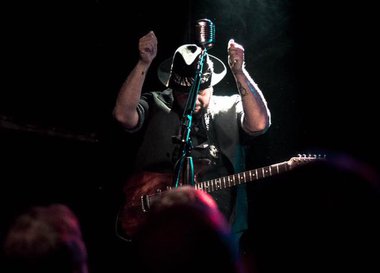