Marooned in the South Pacific

In 1943 John Boosalis was a Navy airman stationed in the South Pacific during World War II. During a routine anti-submarine mission, his plane crash-landed into the ocean more than 1000 miles from Australia. He and two others aboard the plane spent the next month fighting for survival on a remote island. The life-changing experience left an indelible mark on Boosalis. John celebrated his 100th birthday in 2019 and has passed away since he sat for this interview. We are honored to tell his story. 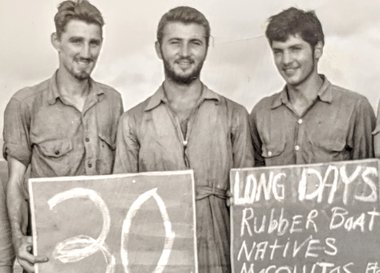