For the first time in nearly two hundred years, a total solar eclipse crossed the entire continental United States, with an entire swath of Nebraska in ideal viewing range. In the biggest tourism event in Nebraska history, families, their pets, strangers and people from across the country, even the world, traveled to and within Nebraska to witness nature’s grand spectacle. In a cosmic social media experiment, Nebraska Stories collected the shared memories, photos and videos from the Nebraska Stories Facebook page of this once-in-a-lifetime event. From the fear of cloudy skies to the thrill of totality, Nebraska was ground zero for eclipse chasers.

Check out these 360° videos of the Great American Solar Eclipse from these Nebraska locales:

Total Eclipse of the Heartland 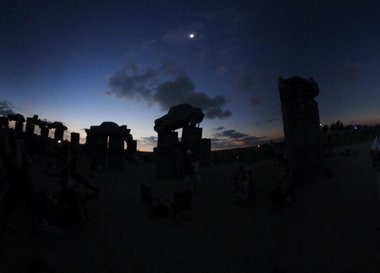