Olive Bucklin was a woman of many talents and a well-respected producer at NET. In 2010 she became ill and was later diagnosed with early onset Alzheimer’s. Her illness forced her into retirement, but her creativity would not waver as she continue to express it though quilting until her untimely passing. 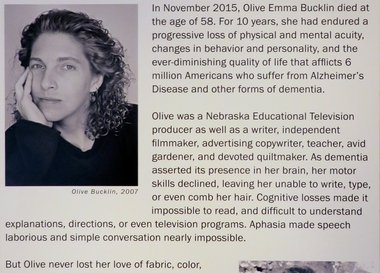