DeWitty was the longest lasting, most successful Black settlement in Nebraska. Established in 1906, DeWitty was settled by Black Canadian immigrants and former African American slaves. At a time when cities across the United States were erupting in race riots, the Black settlers of DeWitty and the white residents of nearby Brownlee peacefully coexisted and thrived together. Meet descendants of both communities as they gather to commemorate their shared history. 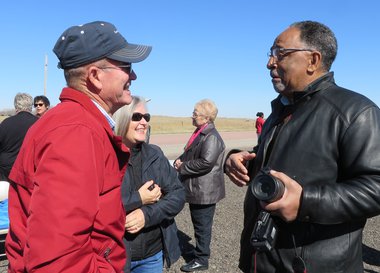