The Man Who Won the War

On the 71st anniversary of D-Day, organizers hope to unveil a replica of the historic so-called Higgins boats created by Columbus native Andrew Higgins that General Eisenhower credited with winning World War II. The landing crafts carried wave after wave of troops onto Normandy beaches beginning on June 6, 1944, leading to the liberation of France. We take a look back at the man now heralded as a genius of naval architecture. See more stories like this at http://www.NETnebraska.org/nebraskastories 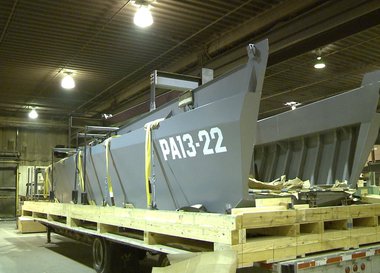 Photo Gallery: The Man Who Won the War